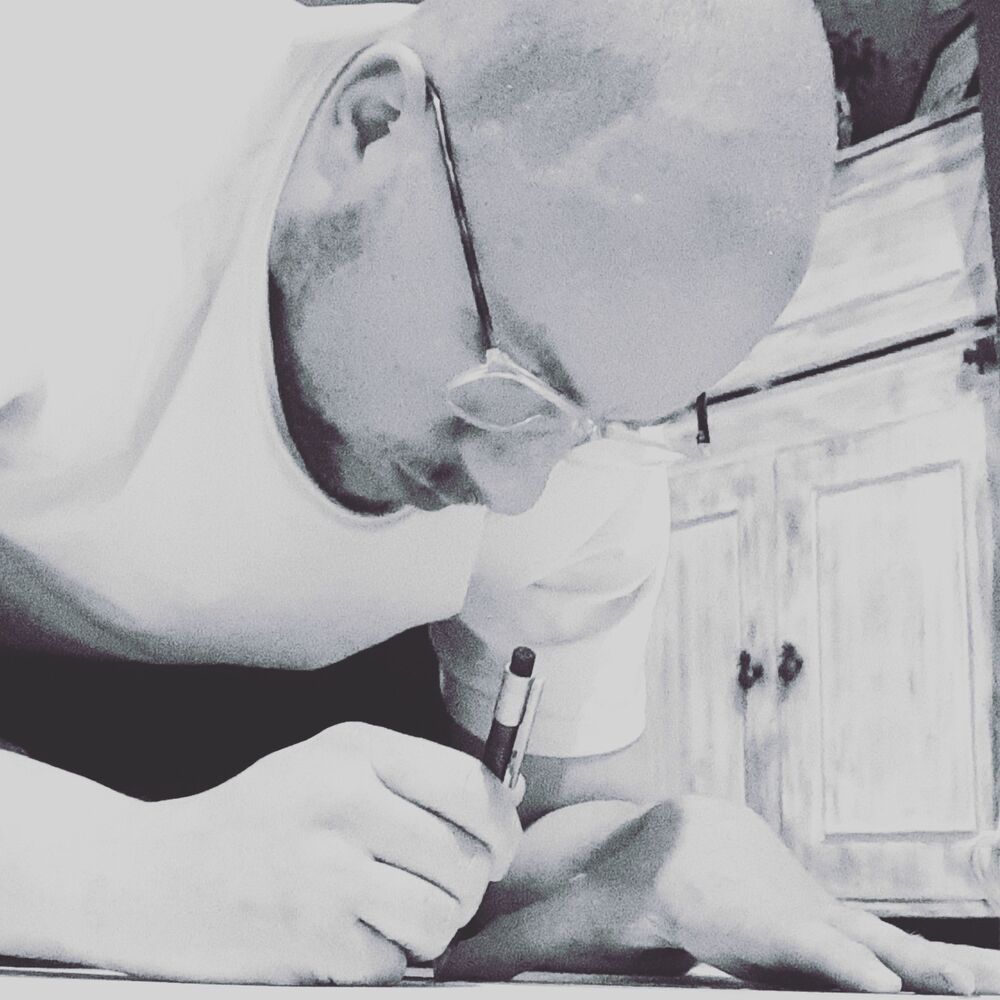 'The nimble capacity to shift from the microcosmic to the macrocosmic makes the ancient practice of drawing well suited to articulating contemporaneity as a multiplicity of worlds within worlds.' Drawing as World Making - Anna Lovatt - Introduction to Vitamin d3

Lines blur, waver and fall away, to be replaced by others, sturdier but pale. Some snap, others glide.

Hamblin's drawings have a mantric quality, made as they are through the repetition of straight lines.

There's immediacy, but also a timelessness about them. The volume of lines become weighty, arduous as you see the lines deteriorate and falter.

But the whole offers something more than the sum of its parts, the density creating layers and hinting at other worlds, either through the illusion of perspective or ghostly moire and interference effects.

Coincidental allusions to the visual language of science would likely be celebrated by the artist - the austere-seeming relationship to graphs, the suggestion of a void or black hole, the notion of points vibrating like strings in other dimensions... the breadth and grandeur of theorizing and imagining echoes the scale of thought and experience that Hamblin's work aims to distil.

As such his practice is not confined to drawing and has also manifested in play with mirrors, 3D printing, digital works and embellished photographs - all deceptively simple visual elements, weighty with a subtle sense of 'otherness,' a dissection of the sublime.

Hamblin cites a range of influences, from artists such as John Latham, Keith Tyson and Jorinde Voigt, to House music, Sun Ra, multiverse theory and science fiction. He was born in London, UK in 1988, has exhibited internationally and currently lives and works in the UK.

'Ishihara 14' - Group exhibition at The Queen of Hoxton, London, England

Foundation in Art and Design at Dunstable College

Certificate of Achievement in Art from Manshead School
Next
Previous